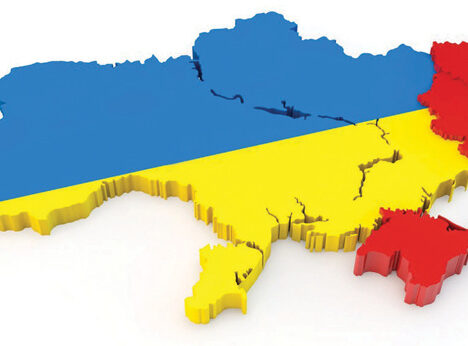 Organized by the “German and European Studies”- Program at the National University of Kyiv-Mohyla Academy (NaUKMA) and the Research Group “Frozen and Unfrozen Conflicts” of the Leibniz Institute for East and Southeast European Studies (IOS) in Regensburg, funded by the German Academic Exchange Service (DAAD).

With the annexation of Crimea and the emergence of two separatist entities in Ukraine’s Donbass region (selfdeclared “DNR” and “LNR”) in 2014, issues of contested territory and statehood in the region between the European Union and Russia have made it to the international political agenda again. While every conflict constellation has its individual whereabouts and dynamics, the protracted existence of territorial conflicts and the emergence of these new conflicts pose similar questions to their so-called parent-states (e.g. Ukraine, Moldova and Georgia) as well as to the international community of states. Apart from broader questions of international and regional security, political and legal status and possible ways of internationalized conflict settlement, actors in the region face a range of everyday-challenges when dealing with the economic and humanitarian situation of the populations concerned. With all these conflicts being of a ‘protracted nature’, creative political thinking about effective 2 temporary solutions – ensuring acceptable life conditions while holding status questions open – are of key importance. The workshop aims to develop a deeper understanding of the two most recent territorial conflicts in the so-called post-Soviet space and looks for possible transfers of existing expertise and knowledge from other cases in the regions. Contributions with different disciplinary background reaching from political science, sociology to law and anthropology should address many questions and topics.