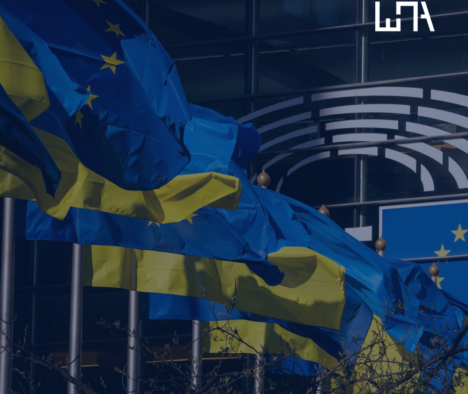 This will be a decisive recognition of Ukraine’s continuous reform achievements endorsed by the EU, as well as a powerful gesture of support to the people of Ukraine, who are now defending freedom and democracy on the frontline. This is especially important, given that Ukraine’s accession to the EU is supported by 91% of Ukrainians and 66% of EU member state citizens.

Ukraine’s ambitious reforms agenda was started in 2014 after Ukrainians took to the streets under EU flags to protest the refusal by the former pro-Russian government to sign the Association Agreement with the EU. Since then, tens of thousands of Ukrainians gave their lives to defend Ukraine’s civilizational choice, first at the Maydan, then during the Russian war in Donbas, and now during the large-scale invasion.

Despite challenges, over eight years Ukraine managed to achieve significant progress in democracy building, serving as a testing ground for innovative solutions for deep-rooted problems such as corruption. The unique Ukrainian experience can be implemented in other countries seeking solutions to problems of justice and rule of law.

In particular, a big number of transparency tools have been introduced in Ukraine. They include the electronic income and asset declaration system for public officials and the electronic reporting about assets and income of political parties. The public procurements system was transformed into an award-winning online auction system, ProZorro. Information of high interest to the public, such as state registries and beneficiaries of legal entities was open.

The entire anti-corruption infrastructure was built from scratch. This includes the National Anti-Corruption Bureau, the Specialized Anti-Corruption Prosecution, the High Anti-Corruption Court, the National Agency for Corruption Prevention, and the Asset Recovery and Management Agency. More than 800 cases of high-profile corruption are being investigated and 72 verdicts have been made by the court so far. The new agencies continue to operate and deliver results even during wartime. For example, since February 24, around $15,3 million (447,3 million UAH) were directed from bails and seized assets in the high-profile corruption cases to the needs of the Ukrainian Armed Forces.

Moreover, the long-overdue and promising judicial reform was launched and is currently ongoing. This reform foresees the renewal of top judicial decision-making authorities with engagement of independent international experts. Now we are on the final stage of this reform. These days, international experts jointly with Ukrainian judges interview the pre-selected candidates, focusing on their integrity and independence. Importantly, Moldova is now implementing judicial reform following the Ukrainian model.

Since 2014 when the EU-Ukraine Association Agreement was concluded, with overwhelming  support from the EU, Ukraine has managed to achieve significant progress in the implementation of framework and sectoral reforms, namely decentralization, public administration, energy, digital, customs, environmental and public finance reforms.

Moreover, the wider impact of Ukrainian reforms was recognized by the Russian president Vladimir Putin. On February 21, just a few days before the full-scale attack by the Russian Federation against Ukraine, Putin explicitly named and criticized Ukrainian anti-corruption and rule of law reforms in his speech. With this statement, he confirmed that the successful democratization and our European and Euroatlantic choice are one of the key reasons why Russians aim to destroy our nation.

Ukraine has already earned candidate status by implementing the reforms since 2014. Recognizing that more efforts in continuing fundamental reforms are required, we emphasize that it is exactly the EU candidate status and subsequent accession negotiations process that will be the most effective framework for further reforms promotion, giving Ukrainian civil society real advocacy leverages.

We would also like to stress that the decision on Ukraine’s candidate status should be solely based on progress assessment within EU-Ukraine’s bilateral track and cannot be conditioned on the accession process of other countries.

For the sake of future reforms in Ukraine, as well as in support of our joint efforts to bring victory, peace, stability, and prosperity to the whole region, we urge the EU to officially recognize Ukraine as a candidate country as soon as possible.

Institute of Social and Economic Transformation

National Association of Cinematographers of Ukraine