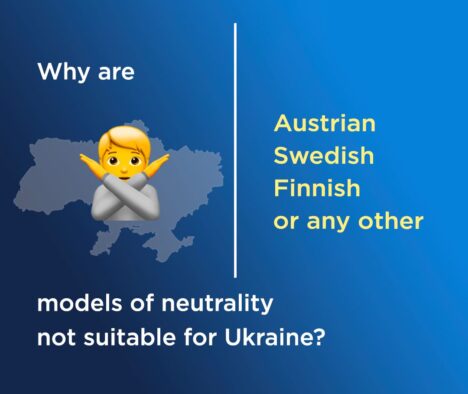 Why Austrian, Swedish, Finnish, or any other model of neutrality are not suitable for Ukraine

If the model is understood as a format of how a country has declared itself neutral and tries to position itself as such, then the experience of any country cannot be applied to Ukraine. Each of the countries, which was mentioned in the media as a model of neutrality for Ukraine, became neutral as a result of certain historical events and political processes. Russia’s military attack on Ukraine is unprecedented and has no analogues in history.

Speaking about the Austrian model of neutrality as applicable to modern conditions, it is more about the future neutral status of Belarus – one that would prevent another Anschluss of this country by Russia (as was the case with the annexation of Austria by Nazi Germany in 1938), and its territory could not be used to station Russian troops as well as to launch missile attacks on the territory of Ukraine or any other country.

Sweden and Finland are not members of defence alliances, but both countries are actively cooperating with NATO, including joint military exercises. Furthermore, the Swedish Air Force participated in the military operation in Libya in 2011 and was the only non-NATO and non-member country of the Arab League which was engaged in the provision of a no-fly zone over Libya.

In the 21st century, discussions about the “Finlandization” of any country have no sense at all – the discourse on the new Cold War is inappropriate in the sense that the modern world does not have a bipolar confrontation between NATO and the Warsaw Treaty Organization. Today, the civilized world is opposed by Putin’s Russia, which seeks to restore the Soviet Union and threatens the world with nuclear weapons. Therefore, the weakening of any country through concessions to Russia can in no way guarantee its further peace or that Russia will not attack it.

Ukraine needs guarantees of its security and powerful means of protection – independently and / or within defence alliances – from military aggression by Russia, which has always posed, poses, and will pose a threat to Ukraine. The only security guarantees from the Russian side can be a change in Russia’s political regime as well as the future Russian leadership’s abandonment of neo-imperial aggressive policy and attempts to revive the USSR. 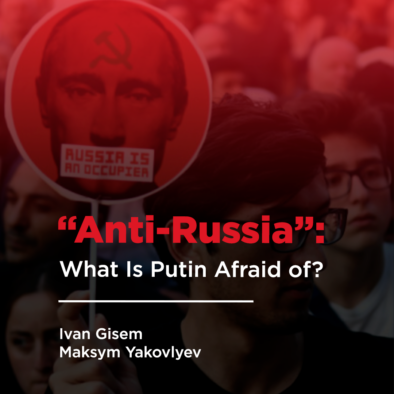 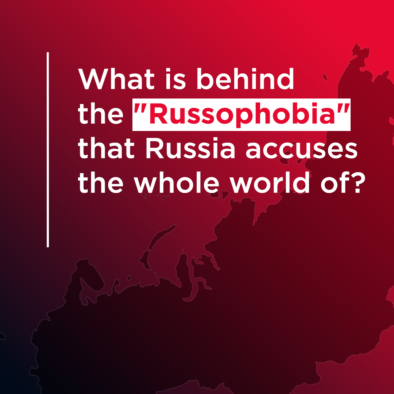 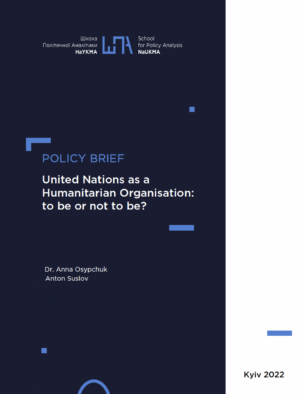